A while ago there were news accounts of a 37 year old Desi Pharmacist Mitesh Patel, who was accused of killing his wife wife Jessica. They lived in a large Victorian home in the leafy suburb of Linthorpe, Middlesbrough in England. 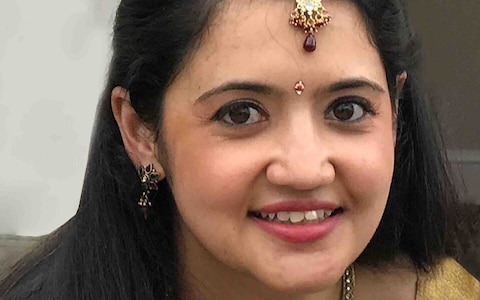 According to court reports, the desi Pharmacist who was accused of murdering wife was having affairs with other men on social media site Grindr

News accounts of the developing story

A non-resident Indian (NRI) with roots in Gujarat was brutally killed in a shooting in the United States. Forty year old Akash Talati had shifted to US a decade ago. He was running a motel that housed a strip club in  Fayetteville, North Carolina.

Talati was the owner of  the Diamondz Gentlemen’s Club and was apparently killed in a shootout that resulted from an altercation between the club’s security guards and a patron, who was thrown out.

According to the family, some unidentified assailants had entered the motel with the motive to carry out a loot.“When Akash tried to intervene, the assailants opened firing inside the motel leaving three other employees in the motel injured. Akash died on the spot. After the police reached there, the injured were shifted to hospital where condition of one employee is still critical.”

According to Detective J Littlejohn of Fayetteville Police, the shootout took place around 1.30 am on Saturday, local time at Fayetteville, when Talati was present inside the club. Littlejohn said, “The incident was a result of a verbal exchange between the security guards hired by Talati and a patron, who was asked to leave the club due to his behaviour. He was upset about being asked to go, there was an argument and he opened fire. Talati was shot from close range and died on the spot, while three other employees were injured.”

Littlejohn said no other Indian was injured, while one of the injured is critical. Probe is on to identify the accused, officials said.

Akash is survived by wife Mital, who hails from Surat and eight-year-old son Jay. His last Facebook post, hours before his death, read, “Life is too short for fake connections.”

Other articles about this incident:

She is brave, bold, and beautiful. She is India! Guess who made India proud? Neha Banerjee shines the tiara of bravery & beauty when she was crowned Mrs. Bravery & Mrs. Beautiful Eyes at 40th Mrs. Universe at Durban’s Albert Luthuli International Convention Centre tapping into the theme, Empowering women. Creating change. For the first time in 40 years, India has glorified the national flag on International soil at Mrs. Universe pageant celebrates married women between the age group of 25 and 45 who are doing phenomenal work to uplift and enhance their local communities through CSI initiatives, business development and global trade opportunities. “It was a great honor to represent India on global level with other 184 countries worldwide. The aim of Mrs. Universe is to unite and celebrate women from across the globe. Seeing the country in a different light through the eyes of strangers was a great experience. I got to meet people from all over the world and they were all so inspirational. They were all there with a purpose and not just to win the competition‚ but spread their message” said Neha.

It has been very rightly said that women are the true architect of the society and it aptly applies to Neha Banerjee who represented India among 184 countries worldwide is already involved in important work to uplift and improve her local communities through charity work, business development and global trade opportunities “I am an active philanthropist in India. It was a feeling of pride to serve another country. We were involved in many philanthropic gestures. Unlike other pageants Mrs. Universe is purpose-driven, highlighting real concerns and areas for positive change. This pageant pools together women from all backgrounds, all of whom have overcome challenges to bring about positive changes in their respective communities”

Neha ,who is a strong willed and an optimistic person whose life motto is to infuse positivity, gravitas, happiness and success in one’s life by boosting their morale and helping them discover their inner strengths and self -esteem wore a traditional Rajastjani colorful poshak depicting an Indian woman’s belief, convictions & values. Her costume was awe-inspiring to awesome, dazzling to daring , expansive and exhilarating to bold.

Contestants engaged in various CSI initiatives to raise funds for Verulam-based LIV Village for orphaned and vulnerable children, facilities that support abused women and the Cancer Association of South Africa (CANSA). Contestants also visited schools in and around Durban to engage with young women and girls about the importance of education and self-development.

Contestants were also involved in a week of activities prior to the pageant, including visits to KZN cultural attractions and Durban’s tourist hot spots, stepping out in their swimsuits for East Coast Radio’s First Swim of Spring, and putting their heads together at a business strategy workshop at increasing inbound trade and tourism to South Africa.

Do US consular officers in India take bribe to offer visas to big Indian companies?

This was an interesting question that came from an online forum recently. The person adds: “The reason for question is that I have seen some third party individuals claiming that “their” company has setting with the consular officers and hence higher acceptance rate etc.”

Here is the response from our editor, Mohan

With this backdrop, here is the fact: These cases of corruption are too few and far between to be statistically relevant. The U.S immigration system and State Department have sufficient checks-and-balances to quickly identify bad-apples and make sure justice prevails.

Think; if there were allegations of ‘big Indian companies’ bribing US consular officers, Wouldn’t Mr. Trump have already tweeted about it?

Hard, grunt work at a large scale is the secret of success, and not ‘corruption’ or ‘bribery’

How do I know? I experienced the efficiencies of Visa Department @Infosys many years ago.

Last week we also blogged about “Immigration Fraud: Indian to lose US citizenship after being convicted”