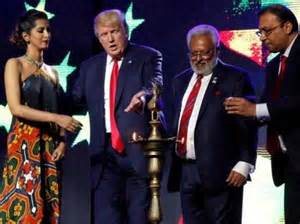 Diwali or Deepavali is the Hindu festival of lights celebrated every year in autumn in the northern hemisphere. It is an official holiday in Fiji, Guyana, India, Malaysia, Mauritius, Myanmar, Nepal, Singapore, Sri Lanka, Suriname, Trinidad and Tobago, and recently Sindh Province in Pakistan.

The grand Indian festival of Diwali is traditionally associated with noise and din of firecrackers, sometimes in excesses.  As we approach Diwali this year – scheduled to fall on Thursday, October 19 – there is a lot of hype over ‘Green Diwali’

The Indian Supreme Court set the ball rolling by banning fireworks in Delhi ahead of the festival this year. “Let’s try at least one Diwali without firecrackers,” said one judge as the court announced the order Monday. According to BBC

“The court said it wanted to test if banning fireworks would make a difference to Delhi’s air quality, ranked among the worst in the world. The ban on the sale and distribution of firecrackers will last until 1 November. Diwali falls on 18 October.”

Even school students are jumping onto ‘Green Diwali:’ The students of Sant Isher Singh Public School on Monday took out a rally. Principal Inderjeet Kaur Sandhu flagged the rally which commenced from the premises of the school. (TOI).

The order has raised a firestorm in the city of about 18 million as it gears up for Diwali on October 19. Complaining that the order strikes at the heart of a quintessential Hindu tradition, critics compared it to banning Christmas trees on Christmas. Jubilant supporters pointed out that the top priority is the health of citizens in a city where the air turns toxic at this time of the year because of slower winds and colder temperatures that trap more pollution.

Check out GaramChai.com ‘s feature on  Diwali in North American and around the globe.