The recent Australian bushfires have devastated communities across the region, leaving people without homes and basic necessities.

Raj Gupta’s home went up in flames during recent NSW South Coast bushfires and his town of Malua Bay remains severely damaged, without power and mobile service. However, Gupta continues to run the small pharmacy there, dispensing medicines and essentials to those who need it.

This pharmacist in Malua Bay, NSW is keeping his doors open for patients, despite losing his own home to the bushfires #AustraliaBurning pic.twitter.com/W6CD19NWI5

According to news accounts,

The 52-year-old pharmacist is now staying in emergency housing at nearby Batemans Bay, but is continuing to travel back to Malua Bay to keep the pharmacy open.

“We can’t take payments, but that’s not much of a concern. I’ve had my patients come in and say they’ve not only lost their house and their belongings, but also their medication,” he said.

Mr Raj Gupta was born in India and came to Australia 28 years ago. The father of two moved to Malua Bay seven years ago for semi-retirement.

The story of Indian-Australian Pharmacist Raj Gupta who lost his home in the bushfires but is still dispensing prescriptions is heartening indeed.

The Asian American population has grown large enough to swing elections, but it remains one of the least politically active groups in the country. Hasan Minhaj travels to Asian American communities to hear the issues that matter to voters and to sit down with two politicians running to represent them – presidential candidates Andrew Yang and Cory Booker.

Hasan also reaches out to more conservative voices in the Asian American community, but gets barred from an event featuring Indian Prime Minister Narendra Modi and U.S. President Donald Trump.

A Harris County, Texas deputy, Sandeep Dhaliwal, who made headlines after gaining an exemption to wear a turban as part of his uniform, was shot during a traffic stop.

A sheriff’s deputy in Texas who was an observant Sikh and garnered national attention for gaining permission to wear a turban as part of his uniform was shot and killed on Friday near Houston in what officials described as an ambush during a traffic stop. 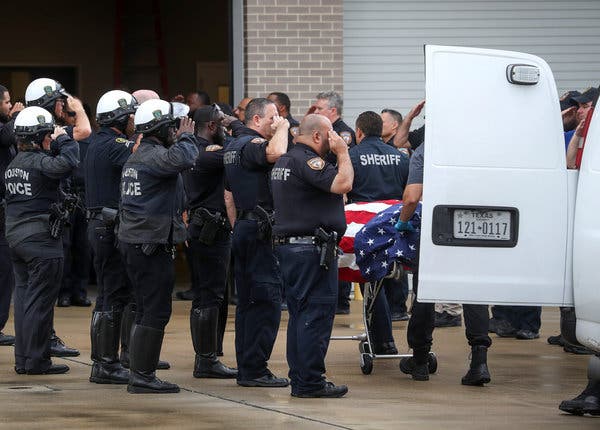 The Indian and Pakistani cricket rivalry has been on display at the Asia Cup 2018 in the United Arab Emirates. While the focus is on cricket, it is also highlighting another aspect of UAE as a home to many cross-border couples from India and Pakistan.

Couples who find love across the bitterly divided border in the subcontinent find it easier to live in UAE than in India or Pakistan. Pakistanis have trouble getting visas for India, and vice versa; and it gets harder every time there is a spurt in violence and upheaval across the border.

India and Pakistan have fought three wars since independence; and relations soured further after the 2008 Mumbai attacks.

High-profile couples like the Pakistani cricketer Shoaib Malik and Indian tennis star  Sania Mirza have a home in Dubai. An Agence France-Presse (APF) interview also featured couples like Kasim Vakkil, an Indian and his Pakistani wife Ghazala who are part of the UAE’s large South Asian community.  “My marriage would not have been possible if we were not living in UAE. Ghazala is from Lahore and I am from Mumbai but living at this neutral venue made our marriage possible.” Kasim told AFP.

Dubai taxi driver Sunil Manohar, from India’s Karnataka state, married Nunda from Pakistan’s Sindh province after their families met in the UAE. “UAE is a nice place for cross-border families,” he said. “In the past, a few couples were stuck in Pakistan because they were not getting an Indian visa.”

An interesting video article in Khaleej Times also features the lives of such couple:

After two rounds of regular counselling and the final mop-up counselling for MBBS seats in deemed universities, nearly 80% of the seats under NRI category are lying vacant, although almost all seats in the management category have been taken. The universities will now be allowed to admit students to these vacant seats after August 27.
Of the 919 NRI quota seats – 15% of the total seats – 731 seats across India were vacant as on Tuesday, according to the New-Delhi based Directorate General of Health Services (DGHS). Although 176 students were allotted seats under NRI category in round 1, many did not join. In round 2, a total of 95 students were allotted seats and 58 others were allotted during the mop-up. If any of the 153 students, who were allotted seats in the second round and mop up counselling, did not join the respective colleges, they will have to forfeit Rs 2 lakh deposited at the time of registration with DGHS.
In Tamil Nadu, out of the eight deemed universities, all seats in management quota were allotted at the end of the mop-up round, but barring Sri Ramachandra Medical Universities all colleges had at least 15 seats in the NRI category. Sree Balaji Medical College topped the list with 36 vacant seats and Vinayaka Mission in Salem had the least with 15 seats. “Colleges will now convert these seats to management seats and allot them to students based on their own merit list. There is no guarantee that allotment will be based purely on merit,” said R Seetharaman, a parent, whose son is waiting for MBBS admission this year.
Experts say DGHS, which made it mandatory for students to deposit Rs 2 lakh upfront and made it clear that they would forfeit the sum if they do not join the allotted college, should mandate that unfilled NRI seats would be treated as management/NRI category seats during mop up round. “The universities should not be allowed to convert NRI seats to management after mop-up round. Had the DGHS itself converted it ahead of the mop-up round, all these unfilled NRI seats would have been available for eligible candidates, including NRI candidates. At least next year, this anomaly should be addressed,” said Manickavel Arumugum, a freelance consultant of medical aspirants.
Fees for NRI quota seats is higher than the regular management quota seats. In some institutions, it touches $60,000. College administrators say they will be left with no option but to convert these NRI seats as general quota seats. “We have just two working days to fill up the seats. We have a list of applicants who have cleared NEET but have not got admission in any college. Based on an internal rank list, we will allot seats,” said a senior administrator at ACS Medical College, where 21 NRI seats are vacant.
Republished from Times of India

There is an old adage that goes – in Rome, do as Romans do. This extends to immigrants, for whom respecting the culture and National identities of host nations is expected. Of course, this is just common sense too since immigrating to a foreign land is a privileged one shouldn’t take lightly.

Most immigrants, however, struggle to come to grips with dual identities – one of their country of birth where they may have spent their formative years, and the other that of their adopted homelands. Case in point is the story of Avijit Das Patnaik, an Indian who migrated to Singapore a decade ago.

On 14 August 2008, Mr. Patnaik posted a picture on the Facebook page of the Singapore Indians & Expats group with about 11,000 members. That graphic apparently showed a Singaporean flag on a T-shirt being ripped to reveal an Indian flag underneath. Along with the image, Mr. Patnaik posted a caption reading ‘Phir Bhi dil hai hindustani’ (Still my heart heart is Indian), picking the phrase from a popular Bollywood song.

The message was self-explanatory; Mr. Patnaik, like many first-generation immigrants still identified himself as an Indian. However, the post did not go well with fellow Singaporeans and other digirati who found it “offensive” and “insulting to Singapore”. The post was quickly taken down and Mr. Patnaik’s employer, the Singapore-headquartered DBS Bank got involved.

The Bank released a statement on its Facebook page saying that Patnaik was no longer its employee.

“Since the incident, a disciplinary committee has been convened and as of 24 August, he is no longer with the bank.

DBS strongly disapproves of such actions by our employees. At the same time, it is fair and right that all employees are given the benefit of due process.”

This is not the end of Patnaik’s troubles. According media accounts, police have filed a report and investigations are underway. According to the Singapore Arms and Flag National Anthem Act, any person that treats the flag with disrespect may be fined a maximum of 1,000 Singapore dollar.

There are obvious lessons for immigrants here: in Rome, do as Romans do… and when in Rome, don’t offend Roman sentiments.

Other news source: Netizens call on Govt to revoke Indian national’s PR for defacing Singapore flag, even after he loses DBS job – The Independent

The news accounts of an Indian American being considered for Supreme Court by President Trump is generating a lot of buzz among Indians and India diaspora around the globe. 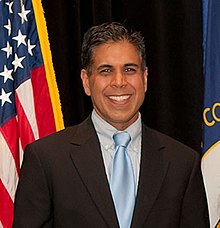 According to IANS news reports

Amul Thapar, an Indian-American appeals court judge from the US state of Kentucky is on President Donald Trump’s short list of potential nominees to replace Supreme Court Justice Anthony Kennedy, who announced his retirement a day before.

The first South Asian to be named to a lifetime federal judgeship, Thapar is one of three minorities on Trump’s list of 25 names, which was put together in consultation with conservative legal scholars, the US media reported.

The others are Frederico Moreno, a federal district judge in South Florida, who is Hispanic, and Robert Young, a retired Michigan Supreme Court judge, who is African-American.

So, who is Amul Thapar?

Thapar was born in Troy, Michigan to parents who had immigrated from India. He was raised in Toledo, Ohio, where his father, Raj Thapar, owns a heating and air-conditioning supply business. His mother, Veena Bhalla, owned a restaurant. She sold her business after the September 11 attacks and served as a civilian clinical social worker assigned to assist veterans. His parents are divorced. According to his father, the family encouraged Thapar to become a physician but he dreamed of becoming a justice on the United States Supreme Court.”