A week ago, the famous Indian classical artist Sudha Rughanathan announced the wedding of her daughter Malavika, and the wedding invitation went viral on social media. The reason: the groom to be happens to be Black, an African American. Never mind the fact that Mr. Michael Murphy happens to be a well educated, Assistant Professor of Sociology at the University of Pittsburgh; a Boston Brahmin in his own right.

Finally the Cat jumped on the wall. Famous Carnatic singer Sudha Ragunathan daughter’s marriage reception card. Sure wedding may solamaniosed in a church. Hope In feature all the music Shabas dump her for season, churchs may offer chance for Kachery. @shakkuiyer @ShefVaidya pic.twitter.com/E9hBy6qyZH

Ms. Sudha Raghunathan happens to be the latest victim of unsolicited public scrutiny and judgmental remarks and incessant trolling, hate tweets and racial taunts. What makes the trolling appalling is the fact that Ms Rughanathan is a well-respected classical musician who was conferred India’s highest honors –  Padma Shri in 2004 and Padma Bhushan. She has performed and collaborated with other artists all over the world, including performances at the United Nations, and the Théâtre de la Ville, Paris. 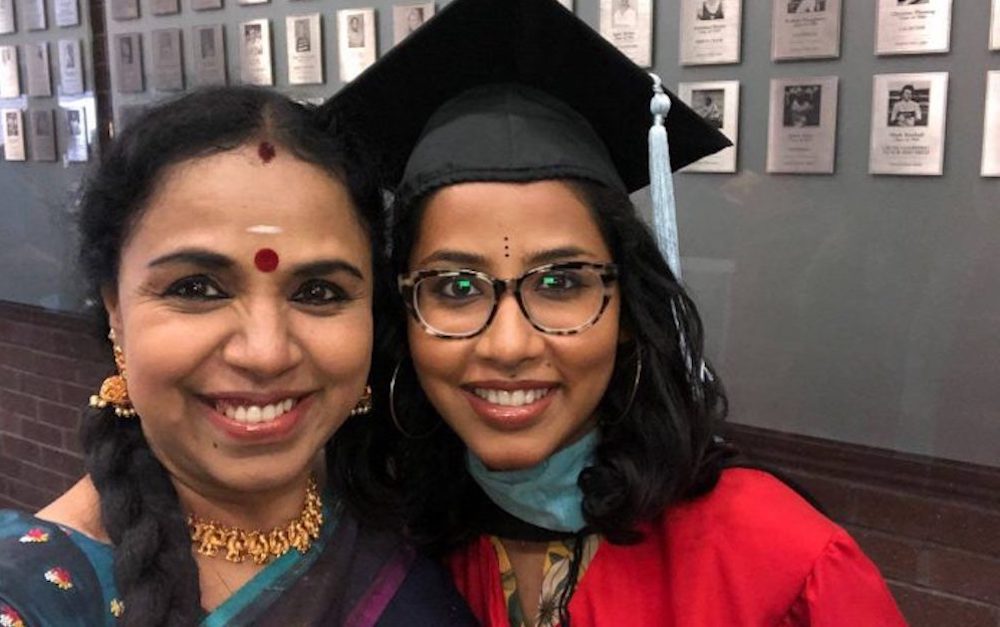 Some comments have been especially personal and tangential. A few bigots and Hindu fundamentalists went as far as questioning “her decision” to allow her daughter to marry a Christian. Fundamentalists asked her to relinquish her rights to perform in Carnatic ‘sabhas,’ supposedly a privilege accorded to ‘Brahmins only.’

The groom to be, Mr. Murphy seems to be acutely aware of racism, and Brahmanism as he writes in his blog

“There’s a long standing maxim in the African American community that if you want to succeed in this country, you’ll have to work twice as hard as anyone else. Everywhere that I turn I am accosted by images of greatness that continue to exclude the multitude of incredible human beings who happen to be marked by some—more often than not intersectional— difference.”

The trolling issue is sure to blow over soon and become a non-issue soon. As expected, the trolls were soon drowned out by an outpouring of support for Sudha Rughanathan and her family, and articles and columns in the media jumped in, calling for their privacy.

Bottomline: Incidents like this shows the deep-rooted sense of parochialism and bigotry that exists in modern Indian society. Relative anonymity accorded by tools of social media, including Facebook, Twitter and WhatsApp can enlighten the masses can also exacerbate and amplify such bigotry.

Articles in the media:

One thought on “Indians trolls discover that Boston Brahmins can be Black too!”