A gathering of Indian storytellers share perspectives through diverse forms of Indian Classical Dance and Music: 50+ artists from all over the world come together to New York City for Drive East 2017 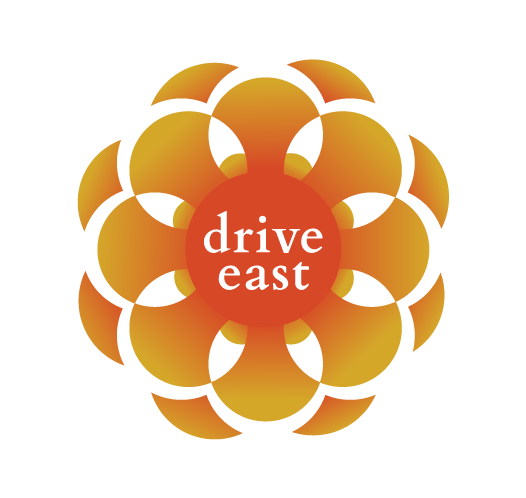 August 8, 2017: New York, NY: This August will see its fifth Drive East festival in Manhattan, from August 21 – 27, 2017. Promising to have an even more impactful and immersive experience this year, Navatman sets off its week long Indian performing arts festival at Dixon Place on the Lower East Side. While usually at LaMama, the intimacy of Dixon Place serves to accentuate a sense of inclusiveness and immersiveness as soon as you enter the space, making it an ideal venue for the to view and experience all the nuances of Indian classical dance and music. From widely acclaimed stalwarts to lesser known gems, Navatman bring NYC 20+ concerts in Indian classical dance and music.

“This year, Drive East’s curation has been a little more nuanced. For instance, our four bharatanatyam performers each come from vastly different styles, allowing the patron to understand some of the more delicate nuances of the form. On the other hand, every kathak performance features guest and collaborative artists – such as Jin Won working with Korean Drums, and Rachna Nivas and Rina Mehta of Leela Dance collective working with tap. Some nights are intended to give you a more traditional feel, like the solos on Tuesday evening, and others are intended on showing the more unique aspects of Indian dance and music such as Saturday night’s artists Rajasthani Caravan, Devdutta Sengupta, and Battery Dance Company. – Sahasra Sambamoorthi, founder and co-curator of Drive East and Navatman

In addition to the 20+ concerts, there are a slew of smaller events: rangoli designs that are planned to adorn the festival steps, official artist meet and greets post each performance, free storytelling sessions on Hindu mythology for families, and advanced intensives for adults in the mornings. Each day brings more than just the concert, but an immersive experience that takes you through every performance.

“We are excited to move to a space that really allows a lot of intimacy between the performer and the viewer. Every year, we’d get feedback that people really loved seeing the shows where the performers were no more than an arm’s length away, so we took that to heart when we decided to move to Dixon Place this year.” – Sridhar Shanmugam, founder and co-curator of Drive East and Navatman

Some of the exciting dance events this year include: the beautiful and brilliant Odissi danseuse Sujata Mohapatra who will be performing on opening night; co-founders Sridhar Shanmugam & Sahasra Sambamoorthi will be performing on stage together, Renjith & Vijna form a husband and wife duet team from Chennai, and Prince of Dance – a power-packed evening of full length concerts by male dancers that includes Christopher Gurusamy (Bharatanatyam) & Avijit Das (Kuchipudi).

This year brings an interesting mix of collaborating Indian styles with other traditional forms. We have 3 Kathak performances but each performance highlights a different aspect and commonality with another style. We have Kathak being set to Korean drums (Jin Won and Sue Yeon Park), and Kathak being juxtaposed with tap dance (Leela Dance Collective). In addition, we have rarer art forms like Manipuri (Devdutta Sengupta) gracing the stage this year.

Music brings us the eminent sarod player Aashish Khan, who will be opening the festival, and the melodious and lyrical music of sitarist Kinnar Seen. Carnatic music can be rarer to find in Manhattan, but Drive East has two soloists Shankar Ramani and Ananya Ashok, not to mention the firebrand Navatman Music Collective, one of the only carnatic choirs in the world. The brilliant Rajasthani Caravan troupe joins us from India, bringing with them unique the sights and sounds of folk music and dance.

A new addition to the festival, Navatman will also host Saturday Youth Day concerts. Youth concerts allow exceptional up and coming students trained by stalwart gurus a place in the festival as well, such as  Guitar Prasanna’s students who perform Carnatic music on electric guitars.

Navatman, Inc was founded with an eye on creating a sustainable home for the South Asian arts in New York City and its surrounding neighborhoods, particularly emphasizing Indian classical music and dance. We are a game-changing organization dedicated to creating ground-breaking work in the South Asian classical performing arts in the areas of education, performance, and production. We are best known for our Manhattan-based classes, critically acclaimed productions, dynamic dance company, and stellar carnatic choir, all of which have received reviews in mainstream press including the New York Times, India Abroad, The Hindu, the Financial Times, and The Star-Ledger, to name a few. Navatman continues to see success in their goal to preserve Indian classical music and dance through democratizing these art forms by increasing their accessibility, and innovating on pre-existing business and organizational models to stay relevant, fresh and exciting.

You may also be interested in checking out Garamchai.com ‘s Art and Culture section with extensive listings of Indian Dance and Music academies around North America